An old woman accosted Tariq on his way to Wahib’s. “You carry the mark”, she hissed. “Beware, she has returned. Death and darkness follow where she goes.” As she departed Tariq had a mental image of her destination, a room in the Cellar filled with people. Tariq felt compelled to go there. He called Zera to say he’d be late.

Tariq found his way to the Cellar refuge, where many mystic outcasts sheltered. He talked to a young refugee called Aylah and urged her to seek his help if she needed it.

Zera and Dr Hakim met outside Wahib’s. Glancing inside, Zera saw that Wahib was not on duty and that a muscular mercenary woman was proclaiming herself to be Tariq Ali to someone in the booth, with two armoured thugs standing nearby. Zera sent Hakim to cause a drunken distraction. Just when he was about to be manhandled by the thugs, Zera glided up and faced down the merc leader. She and her goons left the bar, glowering. Zera was suspicious of Wahib’s absence from his bar; she menaced temporary barkeep Forbo.

A quick negotiation with Azdem Kembouri followed. Kembouri needed to hire the crew to find the ice-hauler Orun II, which had abrubtly ceased transmission and changed course.

Kembouri would accompany them, and pay them 20,000 birr on completion. In Tariq’s absence, Zera and Hakim agreed to the job.

Mazim had prepped Al-Gorisme for takeoff as the crew converged on the ship. Kembouri gave him the co-ordinates and they launched immediately. Kembouri brought two large metal trunks on board. Dr Hakim was suspicious of their contents. He rifled through them while Kembouri discussed the mission with the others. He found some large jars and an old book.

The journey to the Asteroid belt took 3 days. Kembouri had spent the time looking at the map of the Orun II and glancing at his book, which he claimed contained ‘old fairy tales’. Finally a dim point on the sensors grew larger: it was the silent Orun II. 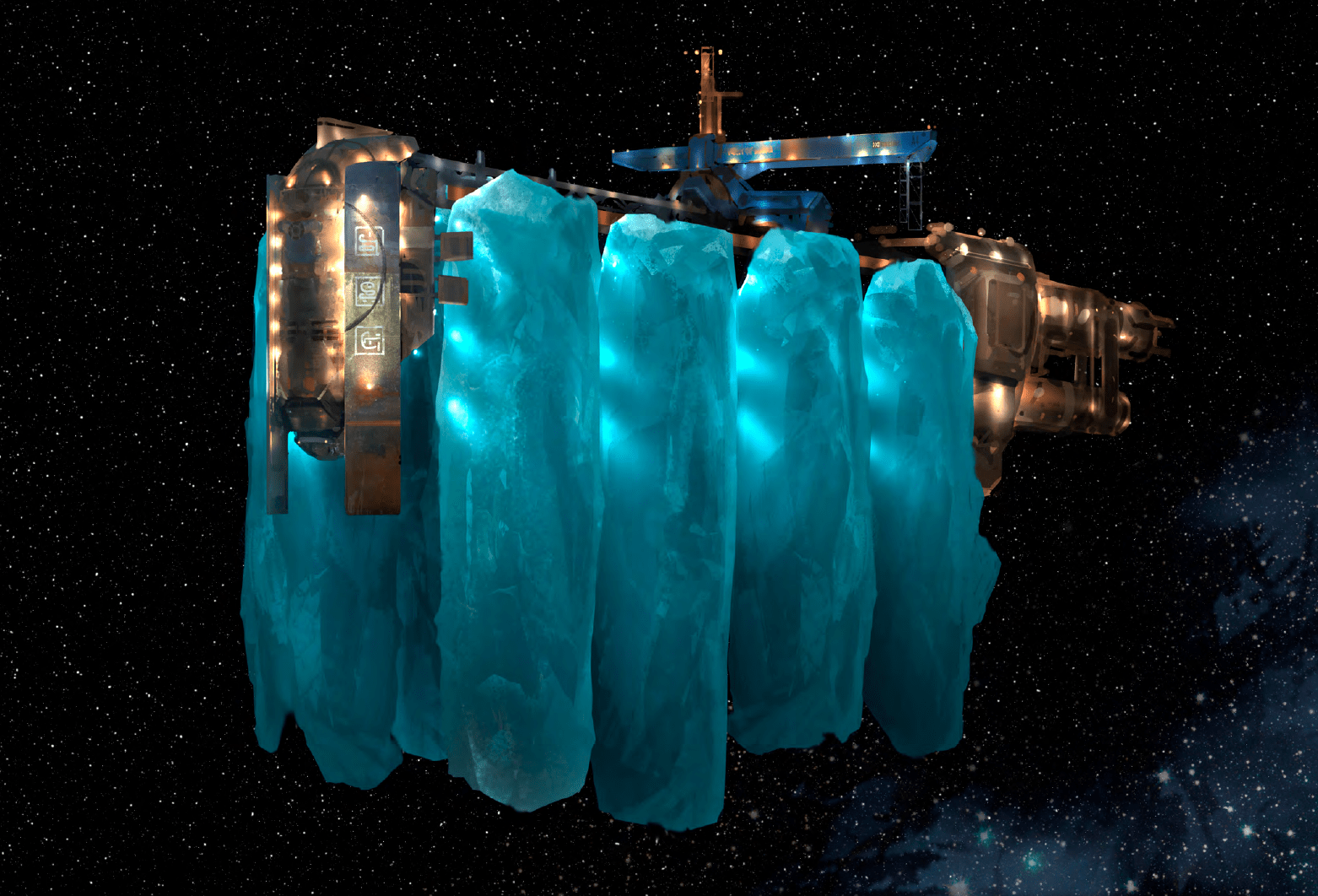 Session 11 -- We Have Reached Our Rendezvous With Destiny Messenger 07, CC61

I'm sorry, but we no longer support this web browser. Please upgrade your browser or install Chrome or Firefox to enjoy the full functionality of this site.